Birders should abide by the American Birding Association's Code of Ethics (downloads available in English and Spanish).

Doing so prevents harm to the birds and their habitats, as well as to political relations with the non-birding public, particularly landowners. Please respect this code while birding. Abiding by the ABA Code of Ethics is part of CFO's Code of Conduct for all CFO events.

When photographing birds, please follow the guidance of the Audubon’s Guide to Ethical Bird Photography and Videography. 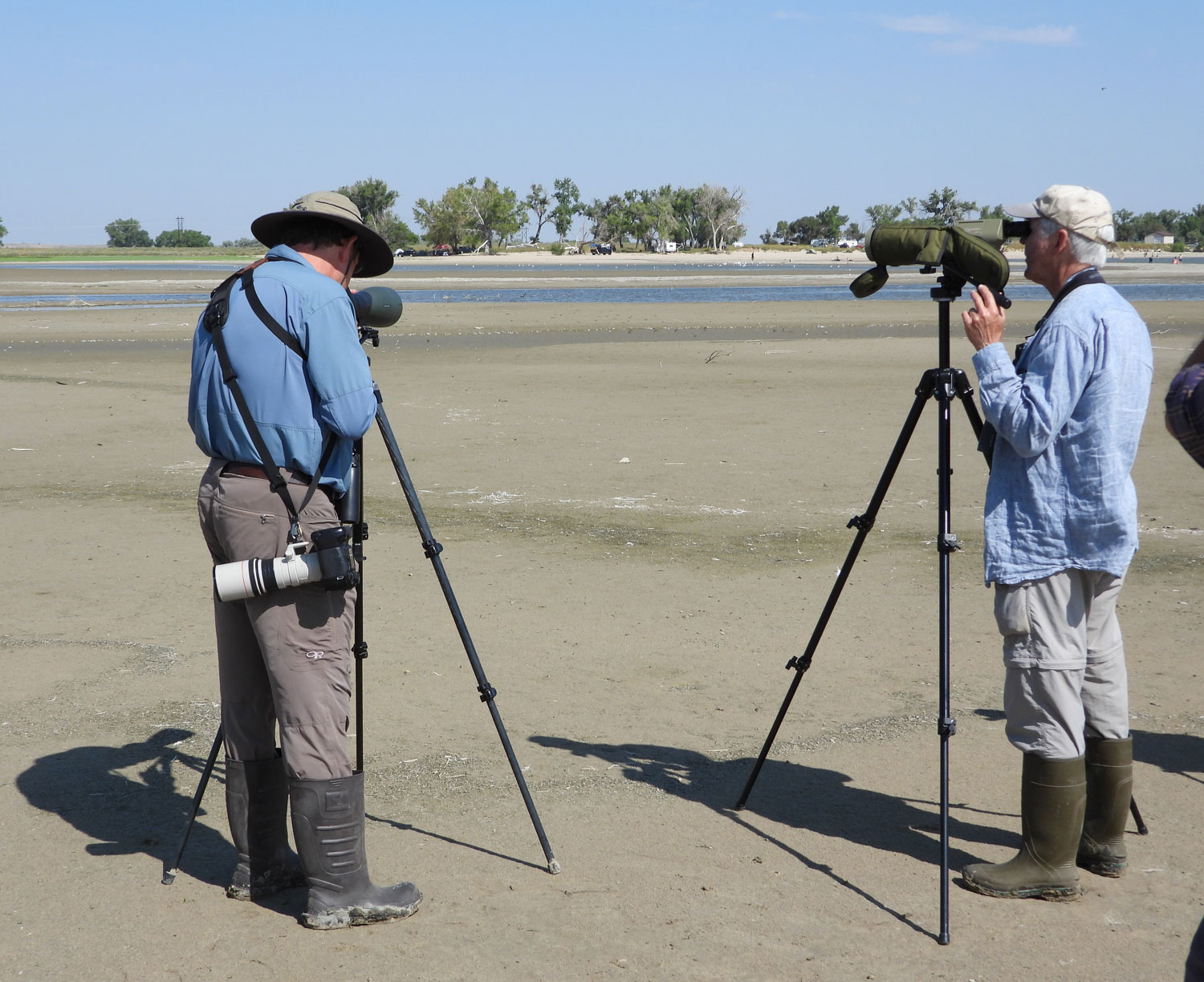 Perhaps Colorado's single greatest claim to birding fame is its tremendous concentration of grouse leks. Birding tours and independent adventurers come in April for the chance to see up to six species displaying at these traditional sites. It is not uncommon for some lek parking lots to fill up during peak viewing season.

In order to ensure the reproductive success of the birds and thus safeguard the spectacle for future generations, it is absolutely essential that you follow these viewing protocols at all leks:

Thank you for your cooperation! It is all the more important since anecdotal evidence indicates that viewers who violate these protocols may be contributing to the decline of some leks.

Coloradans are lucky to live in a state that is over one-third public land. However, it is not always obvious whether particular lands are open to the public, and what regulations govern them. It is the responsibility of the birder at all times to respect the rights of private property owners and the regulations in effect on public lands.

Lands Marked as Public on Maps and Atlases

Birders should be aware that many maps and atlases show boundaries between public and private lands that can occasionally be misleading since not all public lands are open to the public. For example, the "State School Board Lands" (see State Trust Lands above) are often visible on the atlases as little rectangular "islands" of public land in a sea of private property. The problem with seeking out these parcels for birding purposes is that most of them are leased out to farmers or ranchers for their operations, and the lessees have the right to prohibit public access. The same situation can occur on other state lands, of any size and shape, anywhere in Colorado.

Another problem is that maps and atlases do not necessarily reflect recent changes in land ownership. Land swaps and sales occur frequently, particularly on state lands and BLM lands, so even if the land was public yesterday, it may not be public today. Fences and signs on the ground trump the information on your map or atlas. Please keep this in mind when birding the backroads.

It is quite common for birders driving rural public roads in Colorado to find themselves confronted by a barbed-wire gate or a fence line posted "private property". Usually, in these circumstances, the road is public and the rest of the land is private. It is acceptable to open these gates and bird from these roads, as long as you stay on the road. If you do open a gate, etiquette demands that you close it once you are through.

Some roads in rural Colorado are private, in which case it is not okay to open gates or bird the roads. Use good judgment to tell the difference. In general, named roads are okay, if not posted as private.