Multiple studies over decades have demonstrated a continuing decline in the populations of many species of birds due to the actions of humans. These clines not only impact our enjoyment of birds and birders; they reflect the ongoing deterioration of the environment that supports not only birds but our own survival.

Colorado Field Ornithologists promote the conservation of birds and their habitats through advocacy, education, engagement and coordination with other birding organizations in Colorado. The observations made by CFO members in the field provide valuable support for conservation research. CFO supports the efforts of members to enhance the conservation value of their field checklists. Through educational programs and field trips, we help raise awareness of conservation issues and provide information to support members' advocacy on important bird conservation issues.

As a statewide organization, CFO seeks to support local bird clubs in their conservation efforts and provide a channel of coordinating advocacy efforts statewide.

Through the 2022 Colorado Birding Challenge, CFO raised nearly $40,000 to fund Gunnison Sage-Grouse conservation. The world population of this threatened species is estimated at 2700, 87% of which are found in the Gunnison Basin.

Weed management with emphasis on the eradication of cheatgrass has been identified as a top priority in the USFWS Recovery Implementation Strategy for the Gunnison Sage-Grouse. The cheatgrass invasion of the Gunnison Basin is in the early stages but is gaining rapidly and represents one of the major threats to the declining Gunnison Sage-Grouse. Their persistence in the sagebrush sea is highly doubtful if cheatgrass continues to spread and manifest into an ecosystem conversion from the diverse sagebrush steppe to a monoculture of non-native grass that provides zero habitat value for sagebrush obligate wildlife. Once cheatgrass dominates the landscape, fires burn so frequently that sagebrush can no longer recolonize, and the habitat is permanently lost.

The Gunnison Basin-Sagebrush Ecosystem Alliance coordinates a concerted effort to eradicate cheatgrass on public and private lands before it becomes well established. The alliance comprises federal, state and local governments; non-government organizations; and Western Colorado University. The coordination of multi-agency public lands and private lands is crucial to the success of the habitat restoration effort.

Funds raised through the 2022 Challenge were donated to the Gunnison Basin-Sagebrush Ecosystem Alliance for cheatgrass removal and sagebrush habitat restoration. In addition to Gunnison Sage-Grouse recovery, this will support habitat recovery for other sagebrush-dependent species including Brewer's Sparrow, Sagebrush Sparrow, Sage Thrasher, Green-tailed Towhee and Vesper Sparrow. 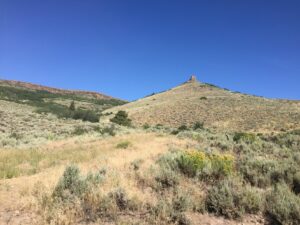 Cheatgrass incursion at Red Creek, where 2022 COBC funds will support eradication of this invasive species. Cheatgrass reduces the capacity of the habitat to support sagebrush dependent species and increases the risk of wildfire. Photo by Patrick Magee. 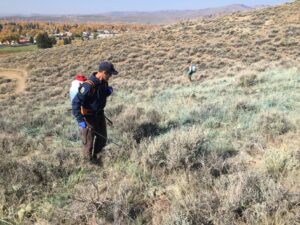 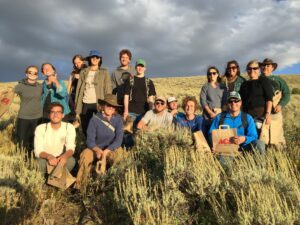 Volunteers collect seeds from sagebrush and perennial grasses and forbs to reseed areas where cheatgrass has been eradicated. Numerous wildflower species are consumed in summer and attract invertebrates which are critical high protein food for Gunnison Sage-Grouse and other sagebrush dependent species. Photo by Patrick Magee. 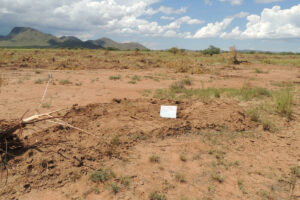 Degraded grasslands in Chihuahua, Mexico in 2018. This is poor habitat for overwintering grassland birds. Photo courtesy of Bird Conservancy of the Rockies. 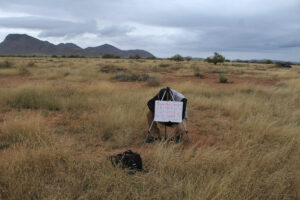 Restored grasslands in Chihuahua, MX in 2019 after newly seeded grasses and forbes have emerged. Photo courtesy of Bird Conservancy of the Rockies.

Funds raised from the 2021 Colorado Birding Challenge were donated to Bird Conservancy of the Rockies (BCR) to support two of their ongoing efforts.

The grassland habitat restorations are taking place within the Sustainable Grazing Network (SGN) in northern Mexico, which spans over 500,000 acres in three states and supports hundreds of thousands of threatened Colorado grassland birds in winter. Our partner, BCR, works with SGN landowners to enroll their ranches in a 15-year conservation and management agreement while providing cost-share and technical assistance in developing and implementing an integrated range and wildlife management program for their property. The SGN aims to engage landowners as partners in grassland bird conservation through the restoration of degraded lands and implementation of bird-friendly practices, while also making their ranches more ecologically and economically productive and resilient in the face of climate and land-use change.

The photos above, from the state of Chihuahua, illustrate grassland habitat restoration. The image from 2018 shows the degraded grasslands that cover much of the area. The 2019 photo shows the same field after newly-seeded grasses and forbs have emerged. These efforts restore suitable habitat for threatened grassland birds that historically have migrated to this area for the winter.

The Motus Wildlife Tracking System, is a growing global network of automated radio telemetry stations that offers an effective method to learn about migratory bird movement. Coded radio transmitters are attached to the birds (and other wildlife) of interest. Through the Motus network, researchers can then track the locations of these individuals, without having to recapture them. But there have to be Motus stations in the locations the researchers want to study the wildlife.

The Motus network is established on the east coast of North America, and analyses of the resulting data are helping to inform landscape-level management decisions. BCR is implementing a similar collaborative network in the Great Plains and in the Chihuahuan Desert region of Mexico. This network of towers generates data that will help create new understanding of how grassland birds move throughout their life cycles.

The funds raised from the 2021 Colorado Birding Challenge, specifically went to the installation of a Motus station near the BCR headquarters (aka, the Old Stone House) on the north end of Barr Lake State Park. There are lots of grassy fields surrounding the area that are used during migration by grassland bird species. Barr Lake State Park is also used by numerous other species as a stopover or breeding location and the station will add great value to the entire Motus network, as it will be able to detect not just BCR's tagged grassland birds but those tagged by any other researcher within the network. The station at the Old Stone House has much educational and outreach value as it is incorporated into onsite program and signage (it is visible to visitors to the building).