Pinyon Jays are iconic, but declining, members of the pinyon-juniper woodland community across the intermountain west, including Colorado. Colorado Field Ornithologists is collaborating with Great Basin Bird Observatory and other partners across six states on the observatory’s Pinyon Jay Community Science Project.  CFO seeks your assistance collecting data across the state.

Pinyon Jays have been declining in population range-wide. From 1967–2015, population levels fell an estimated 83.5%. In 2022, Defenders of Wildlife petitioned the U.S. Fish and Wildlife Service to have the species federally listed as threatened or endangered species, triggering a 90-day review period.

Declines may be linked to habitat conversion but research suggests that long-term drought, increasing temperature, and other climatic shifts are leading to pinyon pines that produce fewer nuts.  The birds seem to be ranging further from historic sites and may be relying more heavily on other food sources such as juniper berries and insects.

Critical to any future management plan for the species will be data on how the birds use their pinyon-juniper habitat, yet there is little current information on that usage. Because of their patchy distribution on the landscape, these pine nut specialists don’t lend themselves to traditional point count monitoring methods.

Great Basin Bird Observatory has been conducting research on Pinyon Jays with partners for many years and is now attempting a comprehensive survey of appropriate habitat across the western US.

In Colorado, Colorado Parks and Wildlife (CPW) has been conducting occupancy surveys within suitable habitat for Pinyon Jays and their breeding colonies since 2019. They have been doing intensive research at 23 breeding Pinyon Jay colonies to assess site fidelity, map colony extent using old and active nests, determine nest and fledging success, and evaluate potential threats to that success. They have also been coordinating with the Bureau of Land Management and the United States Forest Service to conduct surveys to find colonies within proposed woodland treatment areas in order to avoid colonies or to prescribe treatments that are more beneficial to pinyon jays. CPW is an active member of the Pinyon Jay Working Group.

Once you sign up, you can collect data whenever you are out birding or make a special trip to explore a new part of the state!

The Pinyon Jay (Gymnorhinus cyanocephalus) is an iconic bird of the intermountain west and was once common throughout the Pinyon-Juniper woodlands of Colorado, Nevada, southern Utah, northern Arizona, and northern New Mexico. A communal species, their diet is comprised largely of pinyon pine nuts. As a result, the species can be quite nomadic in pursuit of this favored food. 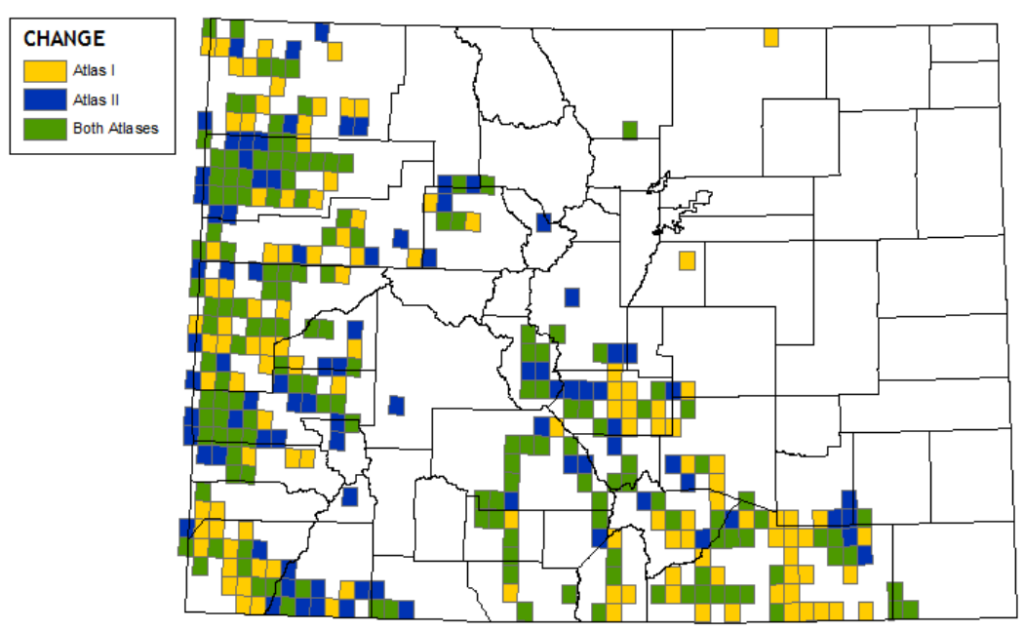 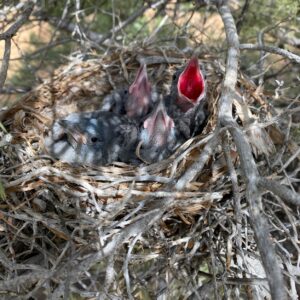 How Can I Get Involved?

Key to this project is having volunteers out in the field collecting & recording data. This can even be done while you are doing other types of outdoor activities like birding, camping, or hiking. All you need is a smartphone!

You don't have to be an expert birder to help. Community scientists play a critical role in gathering crucial data on a scale not otherwise possible! 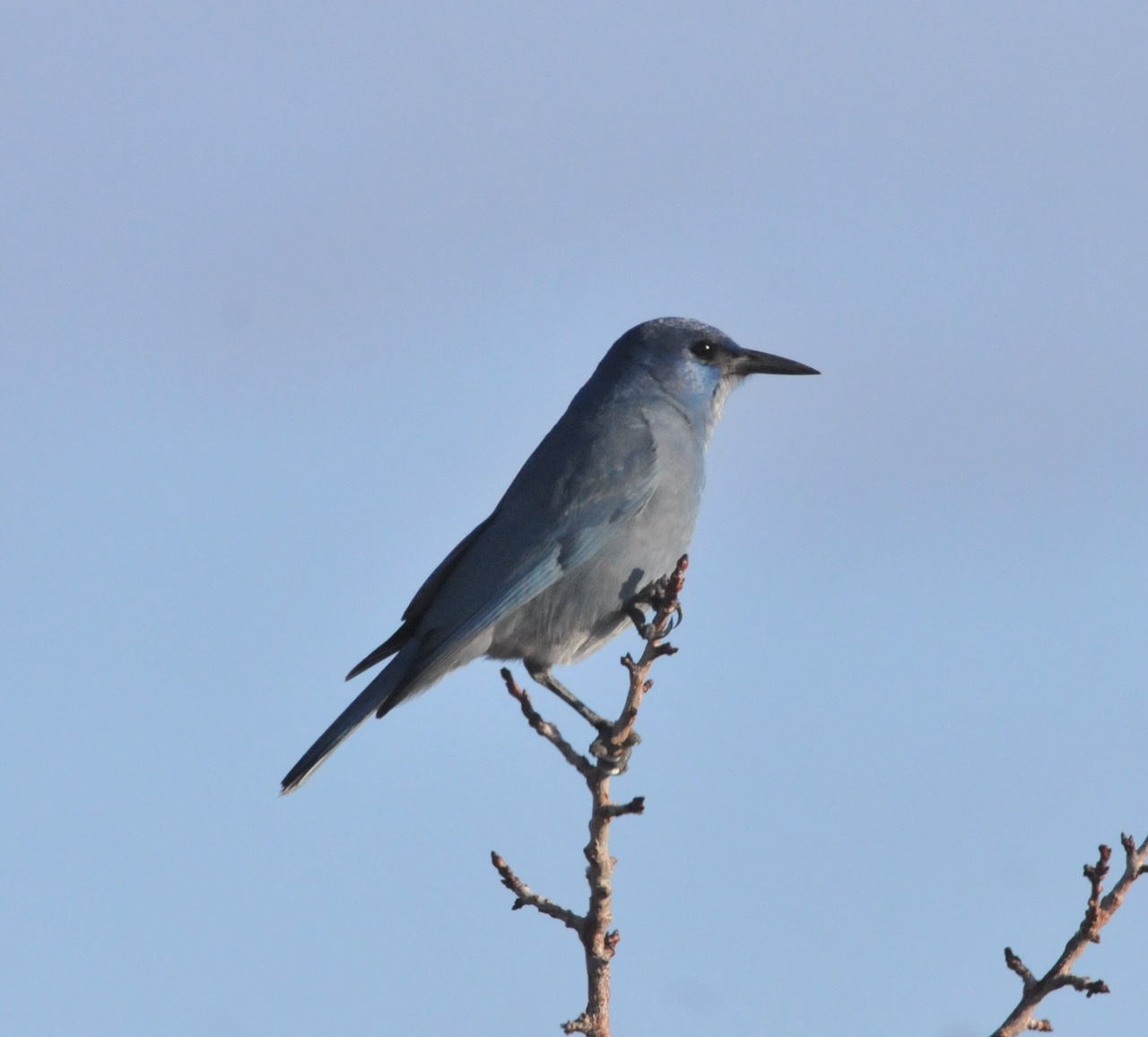 December 15, 2022 7:00-8:00pm MST - John Boone the Pinyon Jay Community Science Project lead will speak about the project, the importance of Pinyon Jays, and how to participate for 30 minutes with time after for audience questions. Missed this presentation? Watch it on YouTube.

February 8, 2023 7:00-8:30pm MST - Amy Seglund and Liza Rossi from Colorado Parks and Wildlife will discuss how to identify pinyon jays, discuss their natural history, and how community scientists can assist CPW with survey efforts. They will also provide a summary of current CPW research and monitoring of the species.

Spring 2023 - CFO will host a training session on the survey protocol for those that are interested.  Details will be provided at a later date.

Additional information on where to survey in Colorado will be added soon. 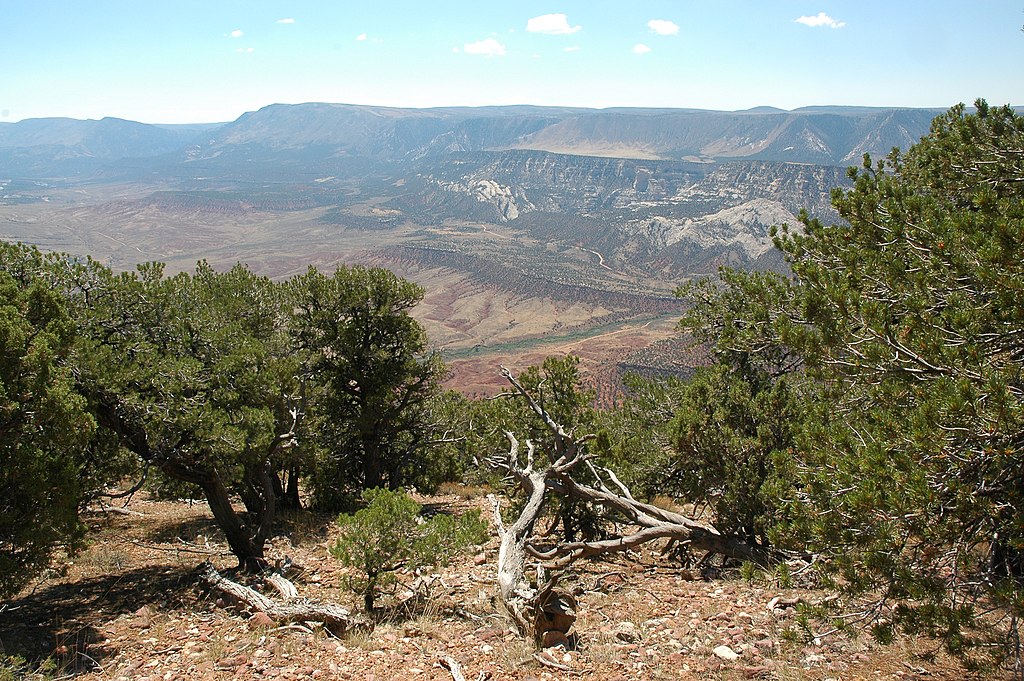 Where have Surveys Occurred

Surveys have been conducted in Colorado, Nevada, Utah, Arizona, and New Mexico. Join us to add surveys in Colorado in 2023 and 2024.  For up-to-date survey locations, please visit the Results page of GBBO's Pinyon Jay Community Science Project.

Survey locations of the Pinyon Jay project as of December 7, 2022.