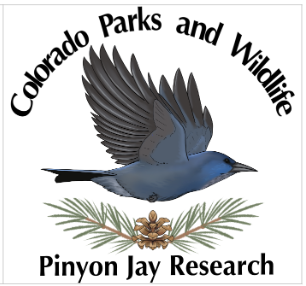 Amy Seglund and Liza Rossi from Colorado Parks and Wildlife (CPW) will discuss how to identify pinyon jays, discuss their natural history, how community scientists can assist CPW with survey efforts, and they will provide a summary of current CPW research and monitoring of the species. 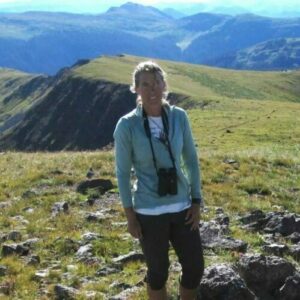 Amy received her undergraduate degree from Western Washington University and her Master’s degree at Humboldt State University where she studied the pacific fisher. She spent two years in the Peace Corp stationed in Guatemala studying bird populations. Since returning from the Peace Corp, she has held several positions including one studying the reproductive physiology and behavior of coyotes and as a Conservation Biologist with the Utah Division of Wildlife Resources. She has been with CPW for 16 years as a Species Conservation Coordinator. She currently works on the American pika, Gunnison’s and white-tailed prairie dogs, the southern white-tailed ptarmigan, Brown-capped Rosy-Finch, and Pinyon Jays. 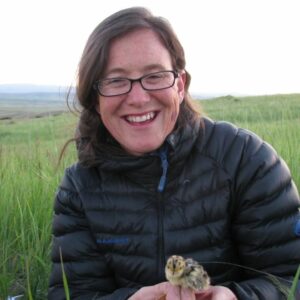 Liza has worked for Colorado Parks and Wildlife for over 20 years.  She started as an Area Biologist in Routt and Jackson Counties where much of her time was focused on greater sage-grouse, Columbian sharp-tailed grouse, and greater sandhill cranes.  In 2016, Liza took on the position of statewide Bird Conservation Coordinator and now works with many of Colorado’s avian species of greatest conservation need.  Liza is a member of the Central Flyway Migratory Bird Nongame Technical Committee, the Lesser Prairie-chicken Interstate Working Group, and the Pinyon Jay Working Group.  Liza received her undergraduate degree from Middlebury College and her Master’s degree from Colorado State University.